Every year DEF prepares special educational programmes for schools. We have selected three films from this year’s line-up and paired them with a thematically appropriate educational programme to broaden pupils’ knowledge on an age-appropriate topic. The school screenings will take place in all festival cities, while the accompanying programme will take place mainly in Prague or online. It is also possible to book a film without the special event programme.

Ticket price for a pupil: 80 CZK, teacher’s accompaniment is free of charge.

For 1st grade of primary schools

Even Mice Belong in Heaven 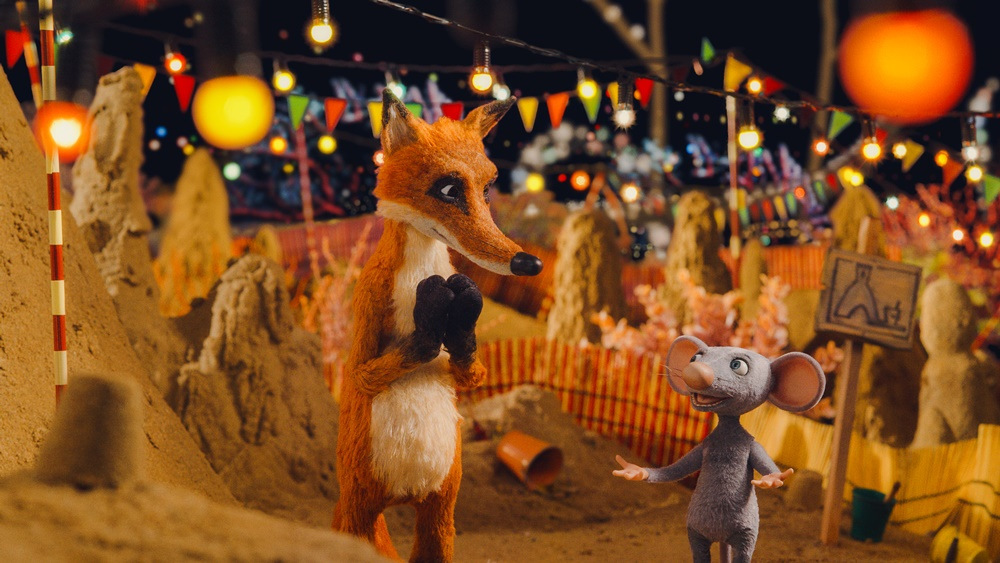 Šupito the mouse likes to convince everyone that he is the bravest mouse in the whole world and he is not afraid of anything. But the opposite is true, in fact, he makes fun of everything that passes by. Her wish is to be as brave as her daddy. He was able to stand up with his own life against the terrifying fox, Tlamoun, the terror of the forest. He didn’t win the fight, but he became an admired hero of the mouse community. Shupito wants to prove to everyone that courage is hereditary. He tries to repeat his legendary feat of pulling a few hairs out of a fox’s coat. His target is a sleeping young fox named Whitebeard. Everything turns out a little differently than the little mouse imagined. The fox wakes up unexpectedly and the chase ends unhappily for both of them. Both Shupito and Whitebeard are transported to animal heaven.

After the film Mice belong in Heaven, children can attend a workshop on the basics of animation. Here they will have the opportunity to try out a variety of animation techniques (pixilation, cartoon animation, flipbooks and puppet animation) and create their own animated film. The accompanying programme must be booked in advance and costs CZK 4,500 (maximum 30 children).

1983, communist Budapest. Frank sings in a banned punk band and the regime takes all steps to silence him.

What is the political process?

The Jazz Case In the 1970s and 1980s, there were significant freethinking currents in Czechoslovakia. These included the activities of environmentalists, the spiritual sphere, Charter 77, the underground, and in the broad spectrum of culture, especially the activities of the Jazz Section. The communist regime consistently cracked down on all critics of the regime, often in spectacular trials. The 1987 trial of members of the Jazz Section is described by historians as the last great political trial in socialist Czechoslovakia.

The Institute for the Study of Totalitarian Regimes has prepared a 90-minute educational programme for pupils, which is available online for use in school and at home and is free of charge. Pupils will gain an overview of what the political process means and enrich their knowledge of what happened in society in Czechoslovakia during the 1980s.

For 2nd grade of primary schools and high schools

Stepsisters in Leipzig struggle with racism and the search for their own identity.

Naomi arrives in Leipzig from Berlin to tell her half-sister Ivie about the death of their estranged father. Sarah Blasskiewitz’s debut feature is based on a layered script that opens up issues of racism, the clash between East and West and the uncertainty of one’s own identity.

This 90-minute guided tour of Prague will introduce you not only to Prague’s multicultural history, but also to its present. The accompanying programme must be booked in advance and costs CZK 1,000 (maximum 1 class).